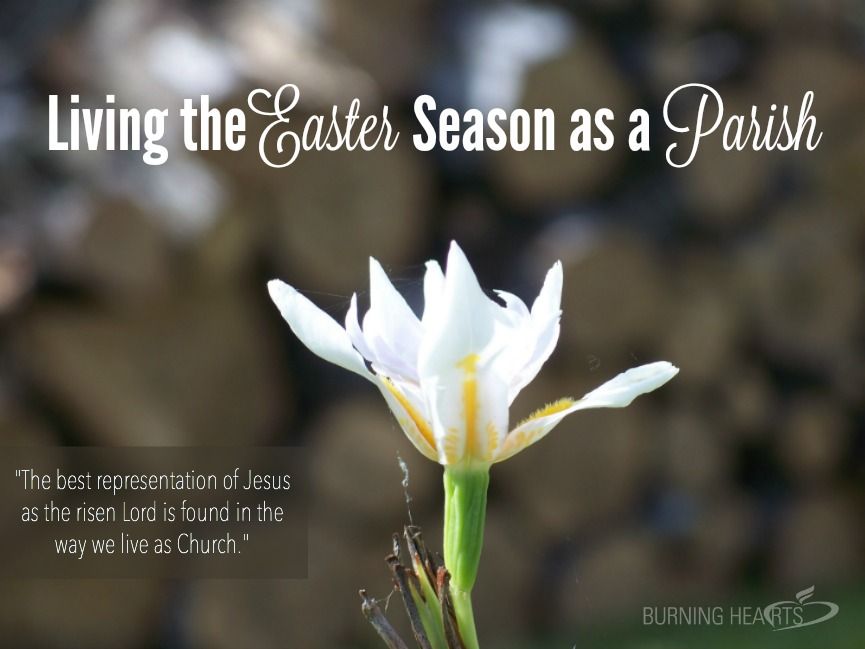 Shortly after I was ordained, I was asked to give a tour of our parish church to an interdenominational group.  A woman stopped me and asked, “Don’t Catholics believe in the resurrection of Jesus?” I assured that we not only believed, but that that doctrine is central to our understanding of salvation.

At that, the woman pointed to the crucifix and added, “Then why do you still depict Jesus dying instead of having an empty cross?”

I admit that I was surprised by the woman’s assumption, but since then I have become grateful for her questioning. Having grown up Catholic and having looked at a lifetime of crucifixes, I had never found any contradiction in seeing Jesus on the Cross and believing that Jesus rose from the dead. 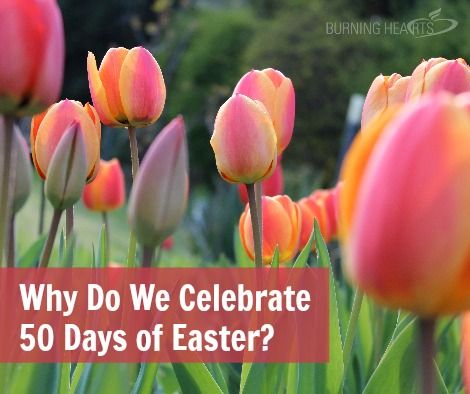 Most people think of Easter as a single day. It’s never had the commercial appeal of Christmas, and because it always falls on Sunday, most people don’t get an additional day off from work.

But for Catholics, Easter isn’t just a day, it’s a whole season. The Easter season stretches all the way to the feast of Pentecost.

Lent, which sometimes feels like it’s stretching on forever, is actually forty days long. Easter, on the other hand, is all of fifty days long.

During Holy Week, the Church celebrates the mysteries of salvation accomplished by Christ in the last days of his earthly life, beginning with the triumphal entry into Jerusalem. For nearly 40 days, the Christian faithful have practiced the disciplines of Lent: prayer, fasting, and almsgiving. Now the Church invites us to an even deeper spirit of prayer as we follow Christ on his journey to the Cross.

Traditions - especially those children can see, hear, feel, smell and taste -- provide vivid and lasting impressions for all members of the family. Take advantage of all the 'smells and bells' of Holy Week to help everyone in your family celebrate the holiest time of year.

The Stations of the Cross refers to the depiction of the final hours (or Passion) of Jesus, and the devotion commemorating the Passion.

All Catholic parishes have depictions of Christ’s Passion and death called the Stations of the Cross, The Way of the Cross or Via Dolorosa (way of suffering) In many churches, the Stations of the Cross are depicted in stained-glass windows, but other media are used as well, including paintings and stone or wood carvings and sculptures.  Often on Friday evenings during Lent, you can find a parish that’s open with Catholics meditating and saying prayers in unison before each of the 14 stations.

We've listed the best Way of the Cross prayer resources for...

The Theology of the Body was the topic of 129 talks given by Saint John Paul II during his Wednesday addresses between September 1979 and November 1984.

The word theology comes from the Greek root words theos (God) and logia (word). Theology, then is literally a “word about God.” St. John Paul II’s Theology of the Body, then, can be described as a word about God and the body.

If you attended one of our recent events and found it to be fruitful for your growth as a disciple, please consider booking one of our speakers for your parish, school, or organization.

Burning Hearts Disciples can only achieve its goals with the assistance of generous donations from people like you. Please consider donating today!

Our blog posts occasionally contain affiliate links.  If you click on these links and end up making a purchase, our apostolate receives a commission. We appreciate you supporting us by clicking the following links when you make purchases from these stores: